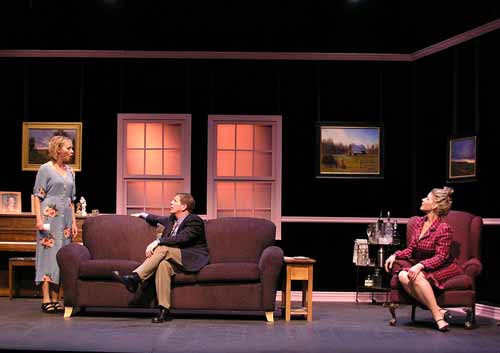 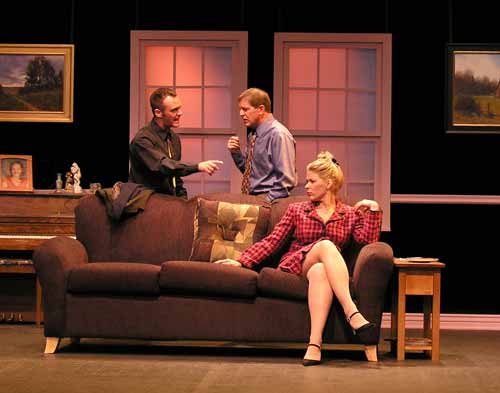 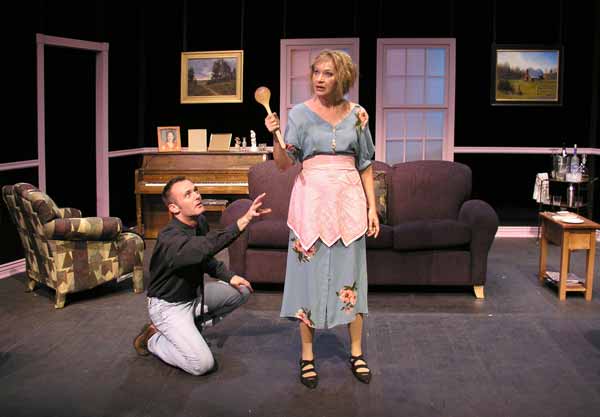 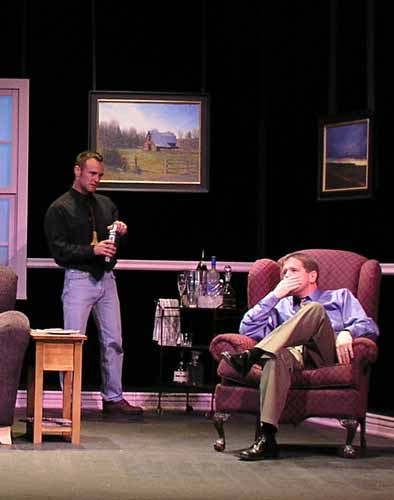 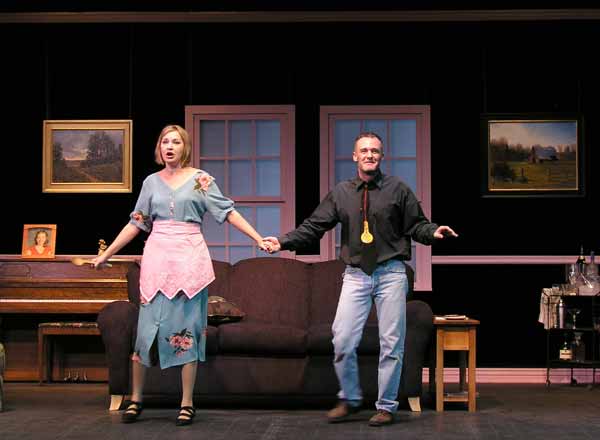 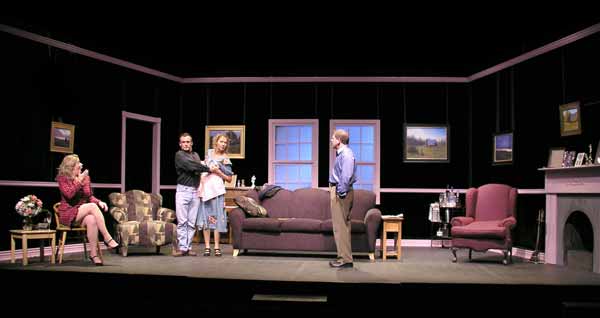 "Directed by Billie McBride, the long one-act moves quickly, despite occasional esoteric digressions
in the script. It is topped off by Brian Miller's marvelous lighting effect that bridges the gap between
where we find ourselves today and where we can go if, like Peggy, we are willing to break the fourth wall
and connect with those who inhabit the world beyond our own limited space."
-Bob Bows, The Denver Post

Website and all images by Brian Miller,  © 2004
All rights reserved.