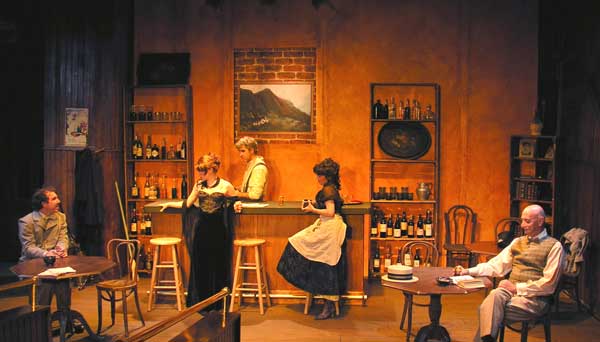 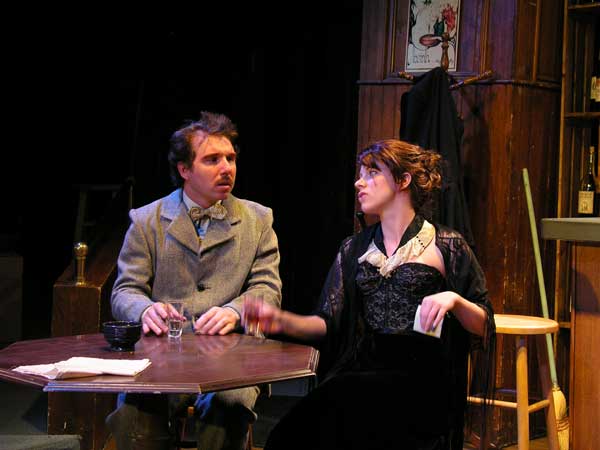 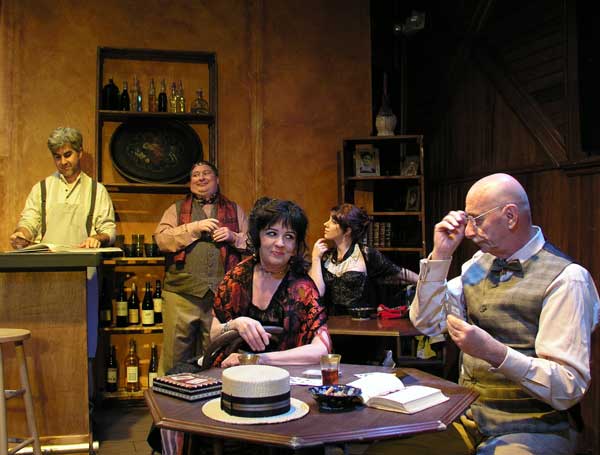 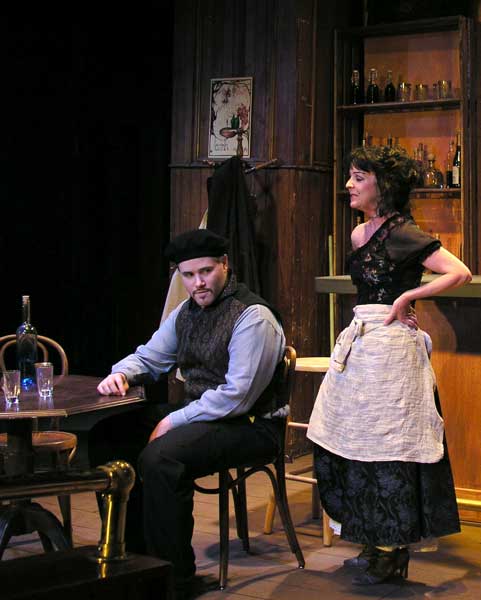 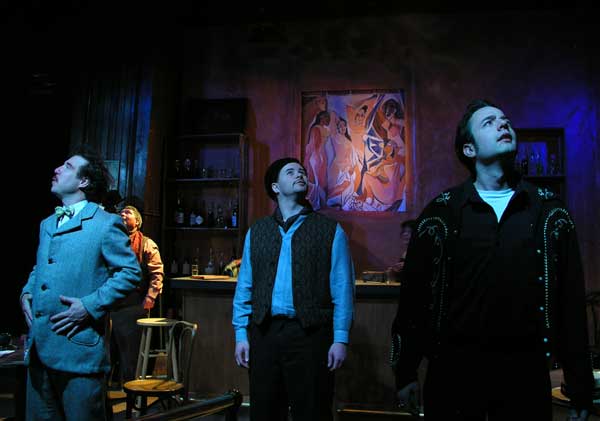 The audience during Monday night's near-perfect production of "Picasso" at Lafayette's cozy Mary Miller Theater was,
at times, on the verge of tears  from laughing. For certain, we quickly fell into anticipation, awaiting the next riotous punch line.
The production, put on by Theater Company of Lafayette and directed by Ian Gerber, is the funniest show I've seen this year. The actors 
made up of TCL regulars and newcomers alike  play their roles with an infectious sense of abandon and impressive display of comic timing.
It made for one of those rare evenings of theater where the cast had the audience riding a comic wave. Eventually, comprehension of
and cackling responses to lines were crashing through the theater on top of each other  the show got so deliciously funny, we were
cracking up before we understood exactly what the lines meant.
**** (Four Stars)
- Mark Collins, Boulder Daily Camera, May 7, 2006

Wrapping up a three week run of Steve Martins imaginary fantasy of Picasso At The Lapin Agile, the play directed by skillfully
precise Ian Gerber played to sold out houses. The Lapin Agile (Nimble Rabbit) fit so snugly and warmly within the walls
of the proud building [of the Mary Miller Theater], there is the wanting to think it is always there and not just a set...
Even though the play was first produced in 1993, this production treated it as though it had never before been done.
They dove into their characters and lines as though being spoken for the first time. Thats noteworthy. It is too bad
the run for Picasso ended up being so short. It was excellently produced in every way. Brian Millers magical
lighting design captured the varied moods. Rick Hays set design immediately became more than a design.
It was sheer delightful atmosphere for The Lapin Agile....
- Holly Bartges, Colorado Backstage, May 2006

Best of '06 - Funniest Portrayal of Famous People  Lafayette Theater Company just plain nailed playwright Steve Martin's
mixture of smart and silly in its production of "Picasso at the Lapine Agile"  where Pablo Picasso (Matt Ellison),
Albert Einstein (Patrick Collins) and Elvis Presley (Evan Marquez) meet for a night of profound revelry. This show,
directed by Ian Gerber, was funnier and smarter than the professional production of the play I saw in Denver in 1998.
- Mark Collins, Boulder Daily Camera, December 29, 2006

Website and all images by Brian Miller,  © 2006
All rights reserved.